Clinicians who are presented with a suspected case of MPX should contact their local public health unit immediately.

Watch a recording of the webinar HERE.

As a core partner in the National MPX Taskforce, ASHM has created a comprehensive training package to support the national vaccine rollout and protect communities at risk of MPX. The fully self-paced, interactive Monkeypox (MPX) Vaccination Training course is available on the ASHM On Demand platform, and free for all health workers in Australia. You can access the training by clicking on the link below.

It also includes a key video resource for vaccine providers, which outlines critical information on the correct storage, dosing and intradermal vaccination technique for administering the JYNNEOS® vaccine. Feel free to share the video below within your networks.

Some recommendations outlined in the Video and eLearning above, such as preferred needle size/type or storage and transport conditions, may vary based on your jurisdiction's preference or availability. Please follow the below links for further guidance and contact information from your relevant State Health department.

Monkeypox (MPX) is a rare viral zoonotic disease. The MPX virus is part of the same family of viruses as the variola virus that causes smallpox. Since May 2022 there has been increased case numbers mainly overseas (including Europe and the USA) and in Australia. As of August 2022 there have been over 80 cases of MPX in Australia, most acquired overseas and community transmission increasing.

MPX was declared a Communicable Disease Incident of National Significance by the Australian Government Chief Medical Officer on 28 July 2022, following the WHO declaring the global situation regarding MPX to be a public health emergency of international concern.

Most people's symptoms will clear up on their own after 2 to 4 weeks. Symptoms include distinctive sores (rash/lesions/ulcers), swollen lymph nodes, fever, headache, back pain, muscle aches, exhaustion.

Transmission can occur through close contact with sores (rash/lesions/ulcers), through bodily fluids and contaminated objects. It is not considered to be a sexually transmitted infection (STI), although it can be transmitted through physical contact during sexual activities, so differential diagnosis is important. Most of the recent MPX cases in Australia have been diagnosed in gay, bisexual and other men who have sex with men, however transmission can occur in anyone who has close contact with an infectious person, so others might be considered at risk.

Find out more about MPX:

Please find below the Australian Government guidance for the treatment of MPX:

Health professionals should also refer to the following:

These medical images are for clinical and public health usage and are externally sourced – please be aware of copyright and ensure appropriate and respectful usage:

Vaccines for smallpox provide some protection against MPX. There are two vaccines approved for use in Australia:
JYNNEOS® and ACAM2000™.

JYNNEOS is the preferred vaccine for use in Australia based on its safety profile and because it is easier to
administer. The Australian Government secured an initial supply of the JYNNEOS® vaccine in early August. Each
State and Territory will be responsible for administration of the vaccine in their relevant jurisdiction, including
who will be prioritised and where and when the vaccines will be made available.

Please refer to the following:

Click the dropdown boxes below for more information on the vaccine rollouts in the States and
Territories:

NSW Health began vaccinating high-risk groups against MPX in August 2022. In October 2022, up to 25,000 doses will arrive in NSW. Up to 70,000 doses are expected to arrive in 2023. This will allow more people in NSW to be vaccinated against MPX.

Vaccine eligibility in NSW has been expanded to include gay and bisexual men (cis and trans) with multiple or casual sexual partners, anyone who has sex with these men, including women (cis and trans), and non-binary people. NSW Health is working closely with partner agencies such as NSW Sexual Health Infolink (SHIL) and ACON on the vaccine rollout.

MPX vaccines are free in NSW and you can be vaccinated without a Medicare card.

Refer potentially eligible people to to book an appointment through the NSW Health online booking system. The new booking system gives people who need the vaccine more choice over where, and when, they receive the vaccine.

ACT Health has secured a small initial supply of the JYNNEOS monkeypox vaccine. These vaccines will be prioritised for individuals who meet the initial priority criteria. As more doses become available over the coming months, the priority groups for the vaccine will be expanded.

The priority criteria for the initial vaccine supply in the ACT are:

For further details about JYNNEOS® MPX vaccine in the ACT please refer to the Chief Health Officer’s letter to clinicians and community service providers (12 August 2022).

Queensland Health currently has limited supplies of MPX vaccine available and vaccine is being prioritised to support outbreak management. Work is underway to ensure those who are at the highest risk are offered vaccination first.

Limited supplies of MPX vaccine are available in South Australia for those that meet the current eligibility criteria:

Those that meet the current criteria can express their interest for the vaccine on the SHINE SA and Adelaide Sexual Health Centre websites.

The Tasmanian Department of Health will have access to the  JYNNEOS® vaccination in limited supply in late 2022. It is expected that greater supply will be available from 2023. The initial roll-out with this limited supply is being coordinated through the Tasmanian Health Service and will focus on any high-risk close contacts of cases and those most-at risk. The vaccine will available be free of charge.

Any questions about availability of vaccine should be discussed with the immunisation team in the Communicable Diseases Prevention Unit (CDPU) by contacting the Public Health Hotline on 1800 671 738 (option 3).

More information can be found on the Tasmanian Department of Health website.

In Victoria, MPX vaccine (JYNNEOS® vaccine) is available free-of-charge for specific priority groups but supply is currently limited.  Victoria is expected to receive more doses in October and additional doses at the beginning of 2023. A limited supply has been allocated to select public hospitals and sexual health clinics to vaccinate high risk individuals. More clinics and access points will be able to provide the vaccine as additional stock becomes available.

Eligibility criteria will be expanded when additional supply of vaccines become available.

The vaccine will largely be rolled out through sexual health clinics and will be available for pre
and post exposure protection. Vaccination will be largely available in the following locations:

Refer potentially eligible people to to book an appointment through the Victorian Department of Health or Thorne Harbour Health.

Due to limited vaccine supply, those who are at highest risk of getting the disease and/or severe disease can access the vaccine first, free-of-charge.

Vaccines are available now and people can register their interest in receiving the monkeypox vaccine.

Medicare cards are not needed to receive the monkeypox vaccine and confidentiality is of priority at all services.

Patients should be encouraged to visit HealthyWA for information regarding vaccination, including registration.

People in the metropolitan area can register their interest for getting vaccinated at a state-run clinic via VaccinateWA.

People can alternatively contact a clinic to make an appointment for vaccination.

People in regional Western Australia can register their interest via the EOI form.

NT Health are accepting referrals for vaccination against MPX from Monday 15th August 2022.

An initial 160 doses of the JYNNEOS® vaccine have been secured for the first phase of
vaccination. These doses will be prioritised to support outbreak management and reach those at
highest risk. More vaccines are expected to arrive in late September/October 2022 and will be
used for people considered to be at the next highest risk.

Initial eligibility criteria: Individuals 18 years and over who meet the eligibility
criteria will be offered the vaccine.

Initially the vaccine will only be administered at Clinic 34 in Darwin and Clinic 34 in Alice
Springs. Clients or their clinicians can call Clinic 34 for final eligibility assessment and if
deemed eligible will be able to book an appointment.

Below are recounts of recent lived experience with MPX:

Go to the MPX Toolkit of Resources 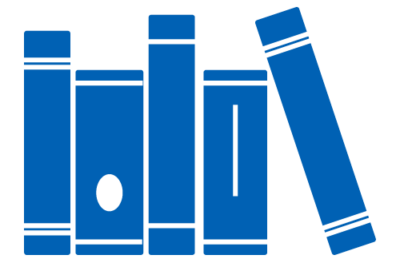